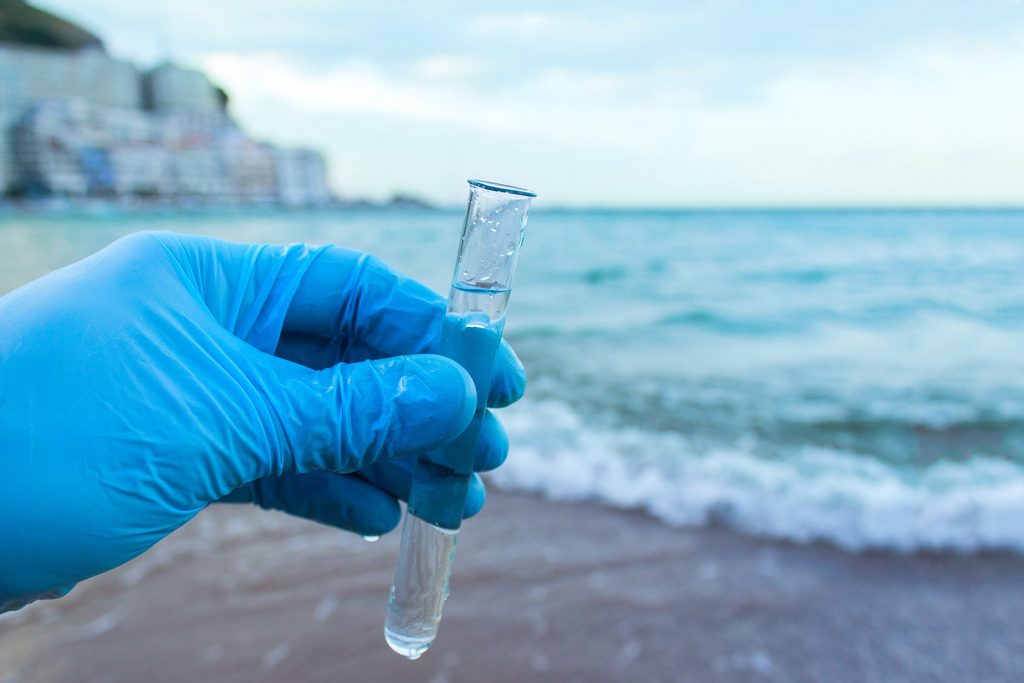 Few people are aware of the International Boundary and Water Commission (IBWC) let alone what it is responsible for doing. Perhaps that is because as the Attorney General of California alleges, the IBWC doesn’t do its job. The International Boundary Commission (IBC) was created in the 1880’s to establish the border between the United States and Mexico; the border between Mexico and the United States is formed by the Rio Grande River.

Over time the river changed the landscape and the IBC was created to settle the border disputes between the two nations. Fast forward to 1944, and the IBC became the IBWC, now responsible for managing the distribution of the water from the Rio Grande, Colorado, and Tijuana Rivers.

In an effort to control water flow and pollution, Mexico and the United States, through the IBWC, built elaborate systems with flood control channels and collector basins. Flood control channels are basins that control river flow in cities to dispel flooding—empty bins that sit ready to collect overflow water. Collector basins are built to divert water through wastewater treatment plants so that sewage and other pollution can be removed.

The lawsuit filed this week by the State of California alleges the IBWC has neglected to maintain those collector basins, that water is escaping unclean, and that this neglect is a violation of the Clean Water Act. The State claims that IBWC’s failure to properly maintain the collector basins has led to a build-up of debris that allows polluted water to flow into the surrounding areas.

An Analogy You Can Relate To…

Think of it like your shower drain. The drain is the collector basin. Water is supposed to flow through the drain, be cleaned, and flow down the pipe sewage-free. If the drain were to fill up with hair, however, the water backs up. If you were to never fix the drain, and you kept the water running from your faucet, eventually that water would fill your bathtub and overflow into your bathroom. That is essentially what is happening in the collector basins. The basins have never been cleaned, so the water backs up, and instead of filling your bathroom, it’s flowing straight to your beaches and into your groundwater.

The pollution is so bad that the beaches of San Diego had to close more than 500 days over the past three years. The problem has also grown in its severity because of population growth in Mexico, or at least that’s what Mexico claims. Mexico claims to be doing everything it can to improve its waste problem in Tijuana, the Mexican city on the border near San Diego, but that it has neither the funds nor the infrastructure to deal with the waste from recent population growth.

Polluted Water Not a New Issue

Apparently, some cities and towns in southern California have tried for over a year now to get Washington, D.C. to act. Imperial Beach, Chula Vista, and the Port of San Diego all filed their own suit last March. It seems California’s Attorney General is trying his hand at getting a response out of D.C., too. The AG hopes that this lawsuit will shine a bright light on the problems plaguing Southern California.

Lynn has been writing web content since 2007 after a lengthy career as a middle school English teacher and administrator. Writing web content seemed a natural progression following a career teaching adolescents about the beauty and the power of the written word, and she quickly got hooked on the challenge of writing SEO- and reader-friendly content that could be found on Page 1 of Google and other search engines.

Having written content for physicians and attorneys for the first few years of her writing career, Lynn has most recently produced original, informative, entertaining, and relevant content for the entertainment industry, the automotive industry, senior communities, pet rescues and numerous other businesses hoping to increase website traffic and page views for all clients looking for informative, vibrant content.